Dr. Phoebe Hall Knipling was a remarkable woman by anyone’s standards. Born in North Carolina, she developed a love and appreciation of nature in early life. By the time she had enrolled in public school at the age of 9, entered college at 15, and earned a Ph.D. at 23, her love of nature and passion for science were melded. She was first a teacher and later the first female Science Supervisor in the state of Virginia. She spent much of her time traveling over the state, taking high school science students on advanced summer field study programs. 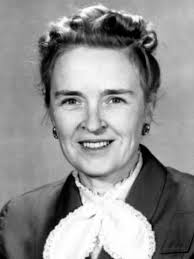 Phoebe knew, well before the rest of the country, that environmental, outdoor education was absolutely essential to the development of young people — people who would be making the decisions of the future. She knew that hands-on experiences were worth a thousand pages of textbook. As Arlington became increasingly more developed and less natural, and as the security and dependability of faraway study sites became less certain, Phoebe dreamed of one facility — secure and natural, close to Arlington — where our children would engage in outdoor studies.

The non-profit Arlington Outdoor Education Association (AOEA) was founded in 1967, which later purchased a 210 acre tract on a small mountain in Fauquier County. The land was purchased for $90,000 from a Mrs. Striker, who sold it for $100,000 less than other offers, with the stipulation that her land be preserved and protected. The Mr. Preston Carruthers also loaned the AOEA $51,000 to help make the initial purchase. Today, the AOEA is responsible for maintaining the Outdoor Lab facilities, and provides camperships to needy students to allow participation by those who otherwise could not afford the fees. Costs associated with educational programs at the Lab are funded by Arlington County Public Schools.